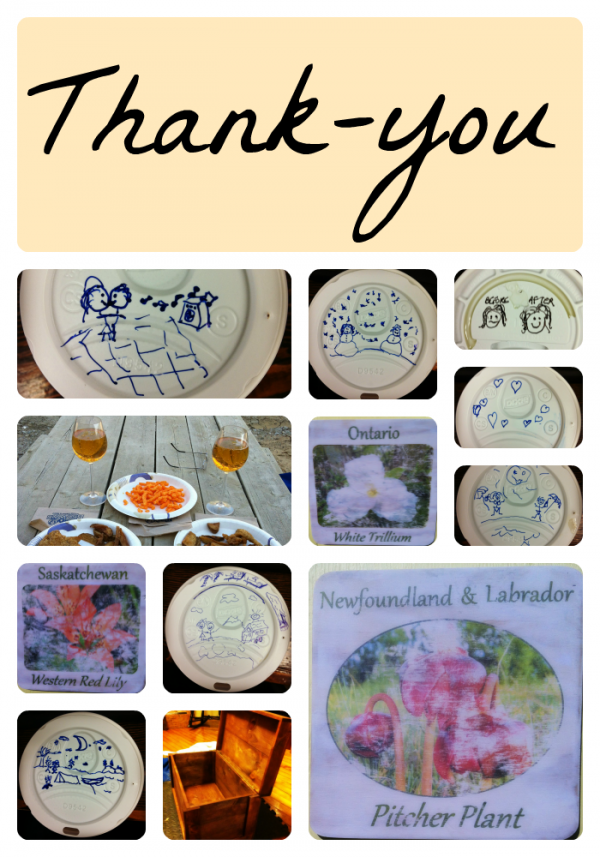 I don’t know if I’m ready to write yet.

Last year’s Thanksgiving was really special. Dave and I hosted both our families for dinner in our tiny basement apartment. Mom, Kelley and the boys were there, along with their dad, and all three of Dave’s grown kids plus a girlfriend. A dozen of us in that tiny apartment with fantastic food followed by a game of catch in the street with a football. It was perfect.

Dave and I broke up two months ago.

When I left for my motorcycle-road-trip-adventure to Newfoundland in July I hoped it would be enough to distract me from how bad things were between us. It really was a wonderful trip, but the truth is I also struggled with feeling lonely, hurt and frustrated. At times it was so overwhelming I wondered if I’d ever stop crying.

Two weeks ago I returned to Ottawa and cleared out of our apartment. Most women don’t wait until they’re 42 before moving in with a boyfriend for the first time. I wish it had turned out differently. I wish we could have fixed it.

I wish I didn’t feel so much.

At times I’ve been tempted to numb the pain, but for better or worse, my emotions are so close to the surface I don’t think it’s even possible to stop feeling them. I read somewhere it takes at least three months to get over the initial grief of a breakup. I’m not there yet, but I think I’ve got it together enough to appreciate the good times that Dave and I had.

I know I have so much to be thankful for; amazing friends and supportive family that I simply can’t thank enough. This Thanksgiving has been hard as my mind keeps returning to how things were just a year ago and to help with that I thought I’d try working out my gratitude muscle and give thanks to one person in particular:

There’s much more I’m thankful for, but I just can’t list them all. The good memories still have the power to hurt, and that’s not how I want to feel about the time we had together.

During our first Valentine’s Day as a couple, driving through the snow storm in Fort Mac, we kept saying how lucky we were that we ran into each other again after Afghanistan, how we found each other in Alberta.

After all that’s happened since then, that’s the feeling I want to hang on to.

How lucky I was to have found you.