A Bed Over My Head Blog

Yours Truly (aka The Canadian), BA (aka Ms. Bed Over My Head) and Nina (aka T-Homie) at the Four Lights tiny house build in Sebastopol, California, February 2013.

A lot has happened in the SIX months since I last wrote, but that update will have to wait because first you need to know about some tiny house workshops coming to Canada in June, July and September.

Four Lights will be holding tiny house workshops in Toronto on June 22-23 and in Vancouver on September 7-8. Tumbleweed’s workshop will take place in Vancouver on July 20-21.

Both companies are running most of their workshops in the States, so check out their sites to see if a trip to visit our southern neighbours will better fit your schedule.

I’ve attended tiny house workshops with both Four Lights and Tumbleweed, and while both conferences were very informative, my hands-on experience with the Four Lights workshop was the most helpful. Tumbleweed had many engaging speakers lead by the fantastic Dee Williams, however Four Lights had the magic combination of Jay Shafer + Daniel Bell delivering both the artistic and technical know-how needed to build a tiny house. Plus, I made 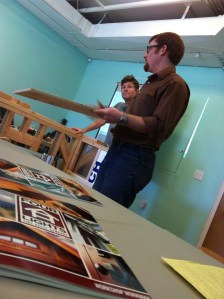 some life-long friends in BA and Nina during the Four Lights workshop and the 3-day tiny house build which followed in Sebastopol, California.

Jay Shafer is a self-taught tiny house builder, building his first house in the 90s, founding Tumbleweed and then moving on to start Four Lights Tiny House Company about a decade later in December 2012. Daniel Bell is a formally trained carpenter who runs his own construction company and teaches carpentry to high school students.  Together they are practical magic.

It wasn’t just the combination of artistic genius and technical skill that Jay and Daniel brought to our workshop, it was getting to benefit from both Jay’s “This is how I design beautiful and functional homes” and Daniel’s “This is the how and why of correct building techniques.”

They worked so well together and ensured we all had some hands-on practice before the weekend was over. I was also lucky enough to assist in building one of these tiny houses immediately after the clinic, an opportunity I hope Four Lights will try to make available after most of their workshops.

If you’re curious about Four Lights workshops, check out this sneak peek video.

I’ve purchased my own tiny house plans from Four Lights, but have lots to sort out before I can start building. In meantime I would love to hear from other tiny house enthusiasts in the Ottawa area and beyond. Hope to hear from you soon!